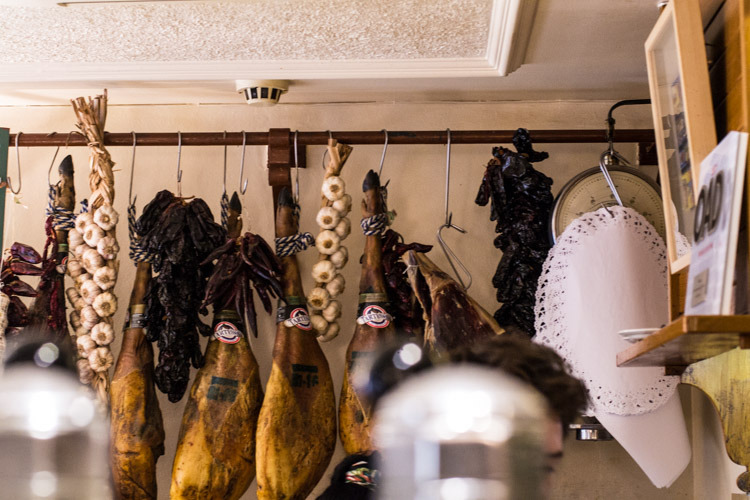 The Sunday morning we were in San Sebastian dawned grey and cloudy, but not rainy, and while I missed the brilliant blue sky from the day before, I was determined to make the most of our last day there. While Michael lounged on his side of the bed I started scrutinizing our map of fun to figure out what was open and what wasn’t, and I put on the San Sebastian episode of Parts Unknown so I could make sure we could at least try to go to any of the restaurants mentioned there by name, in addition to any noted in the first Spain episode he did on No Reservations ten years ago. 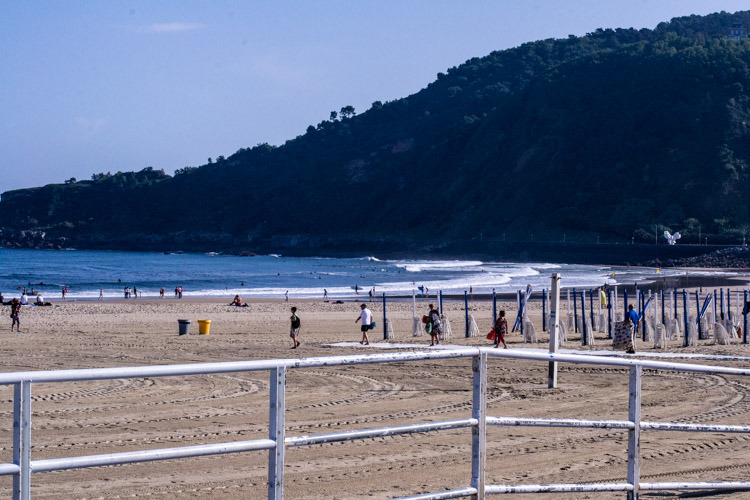 I haven’t mentioned the death of Anthony Bourdain in this space yet, though not for a lack of wanting to or attempts at writing about it. I actually have a draft post written in which I attempt to articulate the extent of what he meant to me, and it ends with sharing a recipe from his most recent cookbook, but I never was able to hit publish on that one. Truthfully, what I wrote then never felt quite right, and I think something inside me told me to hold off until I had at least come back from San Sebastian because it was clearly among the places in the world he loved the most and maybe I would get a little insight from the experience. 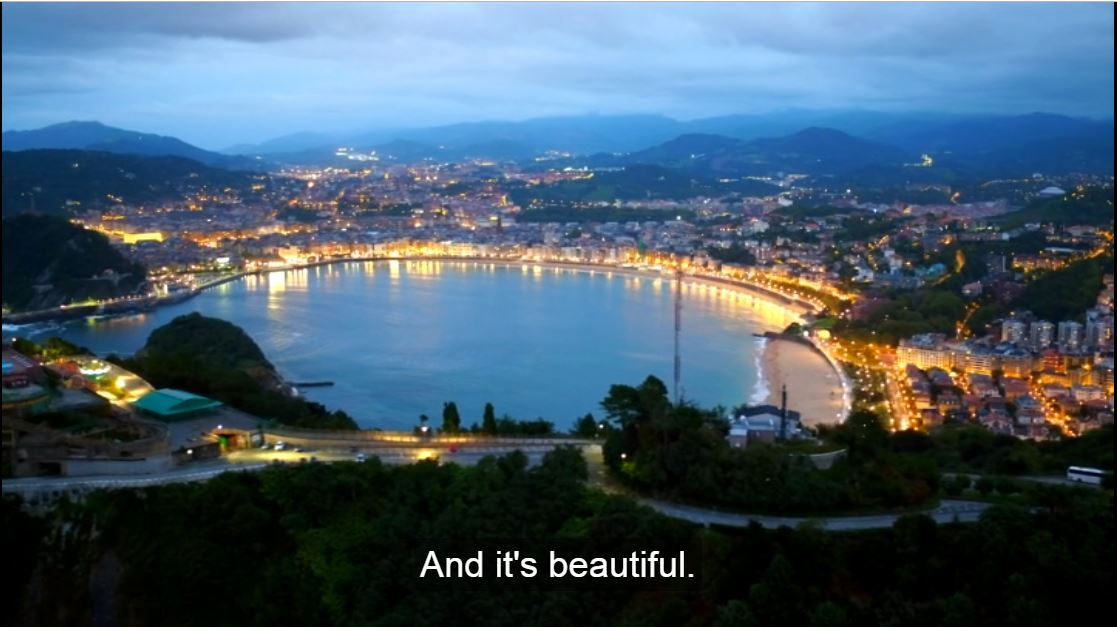 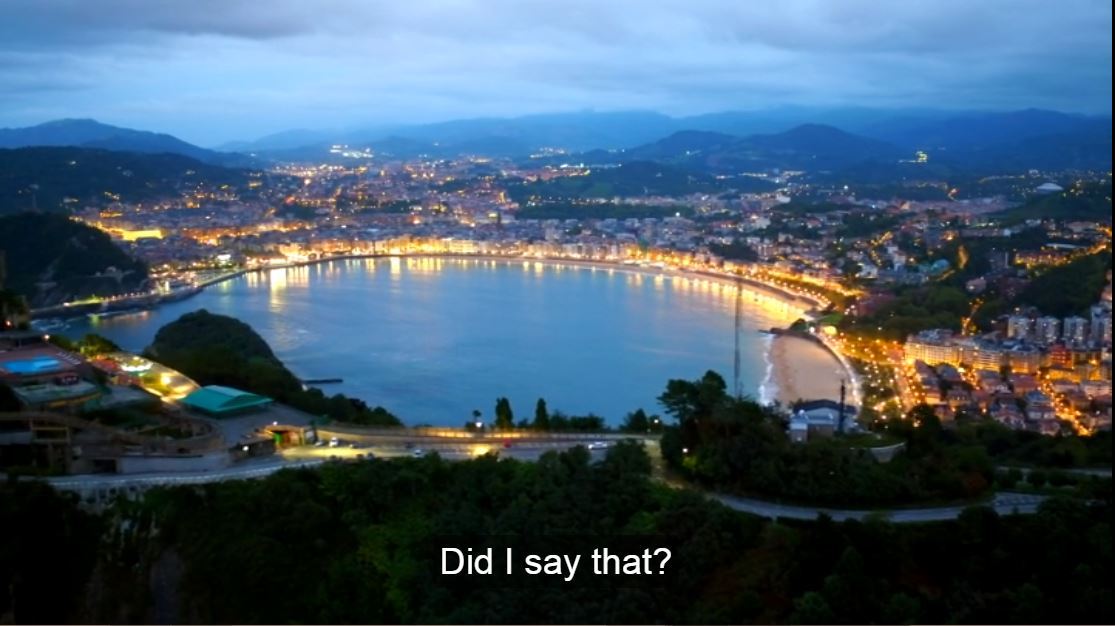 And let’s be completely frank: had it not been for Anthony Bourdain, we likely wouldn’t have ever come here at all. Sure, we were intrigued by the place from David Chang’s Spain episode of The Mind of a Chef…but that was also produced by Bourdain in addition to being narrated by him. We were here because he loved to shine a light on this particular city. In the No Reservations episode from 2005, he’s excited and energized by the place; when he revisits it for Parts Unknown, there’s the wistfulness that only comes from knowing it well and loving it as fiercely as ever. 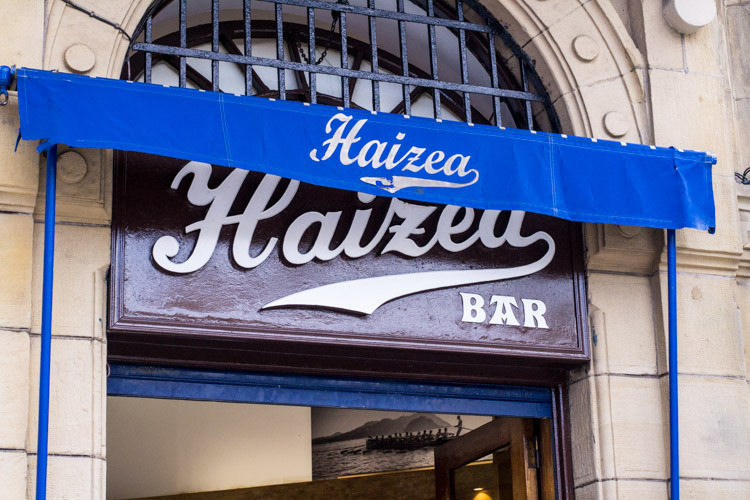 We started out our day walking into Parte Vieja, and while I had Bar Haizea (a spot he goes to with the Arzaks in No Reservations) noted as closed on Sundays, it was open this particular day because of a local regatta going on in town. Everyone was decked out in their team’s colors, and Bar Haizea was clearly a home bar to one of the teams so of course they were open. We kept it simple here—M had a skewer of olives, while I had a pintxo of fried mushroom and ham, and it was all delicious but my main goal of the day was to get to Ganbara when it opened at noon. It was Bourdain’s favorite place in the city, and I wanted to indulge myself in a plate of their specialty, which at the time was simply seared seasonal mushrooms and a raw egg yolk. 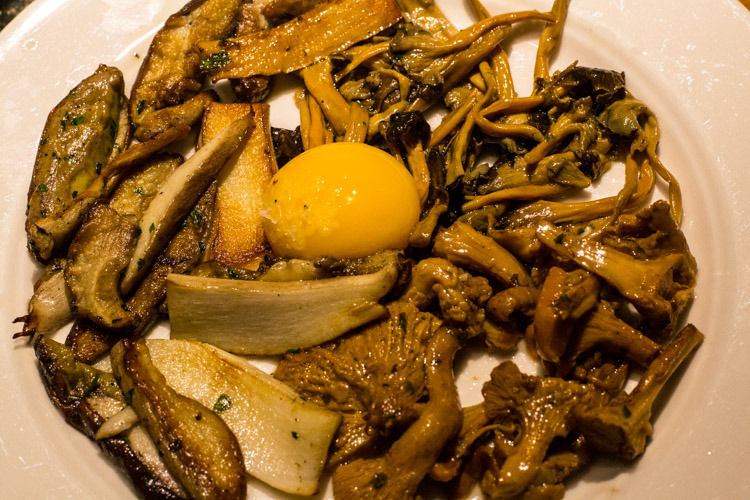 Incidentally, it was as glorious as advertised. I’ll basically eat any mix of fresh wild mushrooms with raw egg yolk as it is (I’ve written about it here and have made it several times since), but there is something wonderful about being able to eat fresh European mushrooms while balancing on the precipice between summer and fall. The chanterelles were gloriously abundant next to us, and I knew that they were only using the best; it felt like a rare treat that made me feel envious of everyone who could come here for their Sunday brunch, because good lord would that be my staple week in and out until I could no longer afford it. 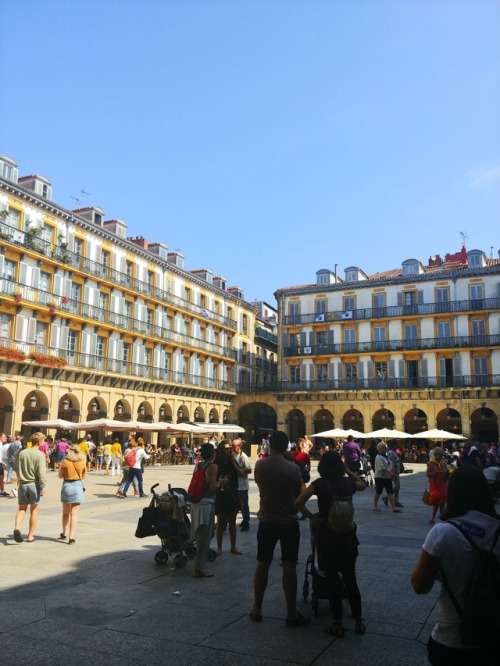 My experience at Ganbara was bittersweet, though—as we were walking there, the clouds had evaporated and my beloved brilliant blue sky had returned while we were in Plaza Constitución. A man was playing a gorgeous rendition of “Wonderful World” on guitar, and I could hear the squeals of children running about and playing as I stood there taking it all in. It was all too much—the music and its message, the innocence of kids just living life, the love that Bourdain had for this place, and the same love that had quickly entrenched in our own hearts for it as well—that I burst into tears, and I had to keep brushing aside more of them between sips of txakoli and bites of delicious food while we were in Ganbara. We lost so much with his passing, and while I am eternally grateful to him for making the world a little smaller, I grieve for the amazing tales that will never be told by him. There will be others who will occupy the void he’s left, but no one will be able to fully fill it.

If we’re lucky, some new voices will be even better.

Since writing the above, Drew Magary (one of my favorite writers) published a lengthy, dishy series of interviews in which people from various points in Bourdain’s life—ranging from his brother to his production company partners to various celebrity chefs—weighed in on what it was like to know him, and I kind of freaked out when I read the following anecdote from his friend Josh Homme, frontman of Queens of the Stone Age and composer of the Parts Unknown theme song:

“When it was time to write the song for his show, he sent over [Joey Ramone] doing ‘What a Wonderful World.’ And I said to him, ‘Are you sure you want me to do this?’ And he just said, ‘It is a wonderful world. Isn’t it?’”