Last year, on Black Friday, I found myself standing around the part of King of Prussia Mall in the area where Urban Outfitter, Free People, and Anthropologie are all situated, waiting for my in-laws to be finished in either Urban Outfitter or Old Navy. I started wandering around in the immediate area to stave off boredom and found myself in front of the menu at Pizzeria Vetri. Naturally, I had to peruse it, and in seeing his Rotolo with pistachio pesto—essentially, a savory yeasted roll filled with ricotta and mortadella topped with a pistachio-garlic oil—and I knew I had to learn more. I got his book Mastering Pasta for Christmas last year from my brother (as I mentioned here), and  when I learned he was writing a sequel of sorts called Mastering Pizza, I put it on my personal wishlist as quickly as possible.[1] I ended up treating myself to it on Prime Day because I didn’t want to wait until October to get it for my birthday, and frankly, I was right to do it. 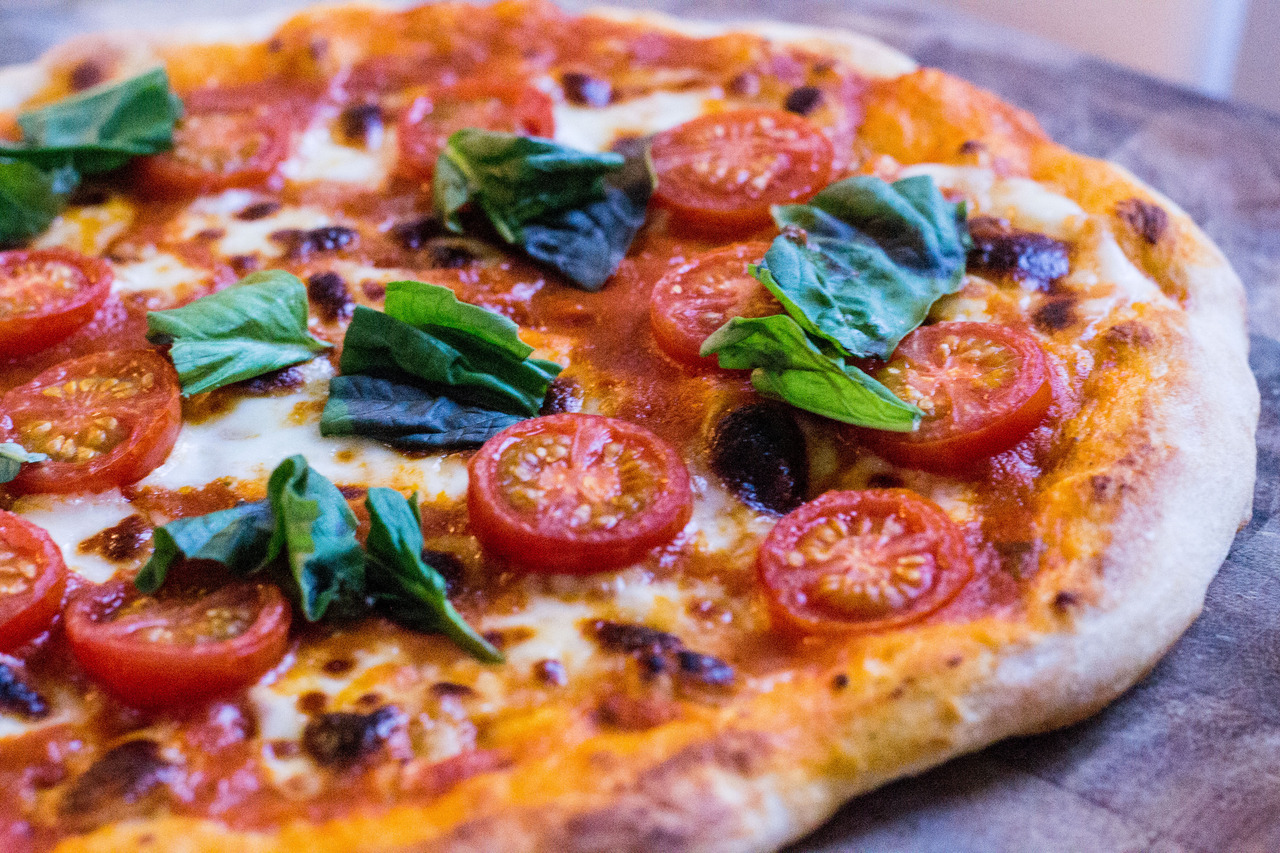 For nearly ten years now, our go-to pizza dough recipe came from Jim Lahey via Deb at Smitten Kitchen. It was a relatively simple dough that had a pretty decent success rate for us. Some days were more frustrating than others, like if the air was really dry and a skin would form on the proofing dough balls, but usually we had some pretty damn tasty pizzas as the reward for our efforts.

But now? Well, all I can say as that Marc Vetri blew my godddamned mind with just one of his dough recipes.

I should start by saying that he includes many, many different dough recipes in this book, organized by style—Naples, Roman, al Taglio, and focaccia to name but a few—with each dough style broken down into several variations. Some vary by hydration level, some involve more old-school mixing, and others still encourage you to make your own sourdough starter because why not? 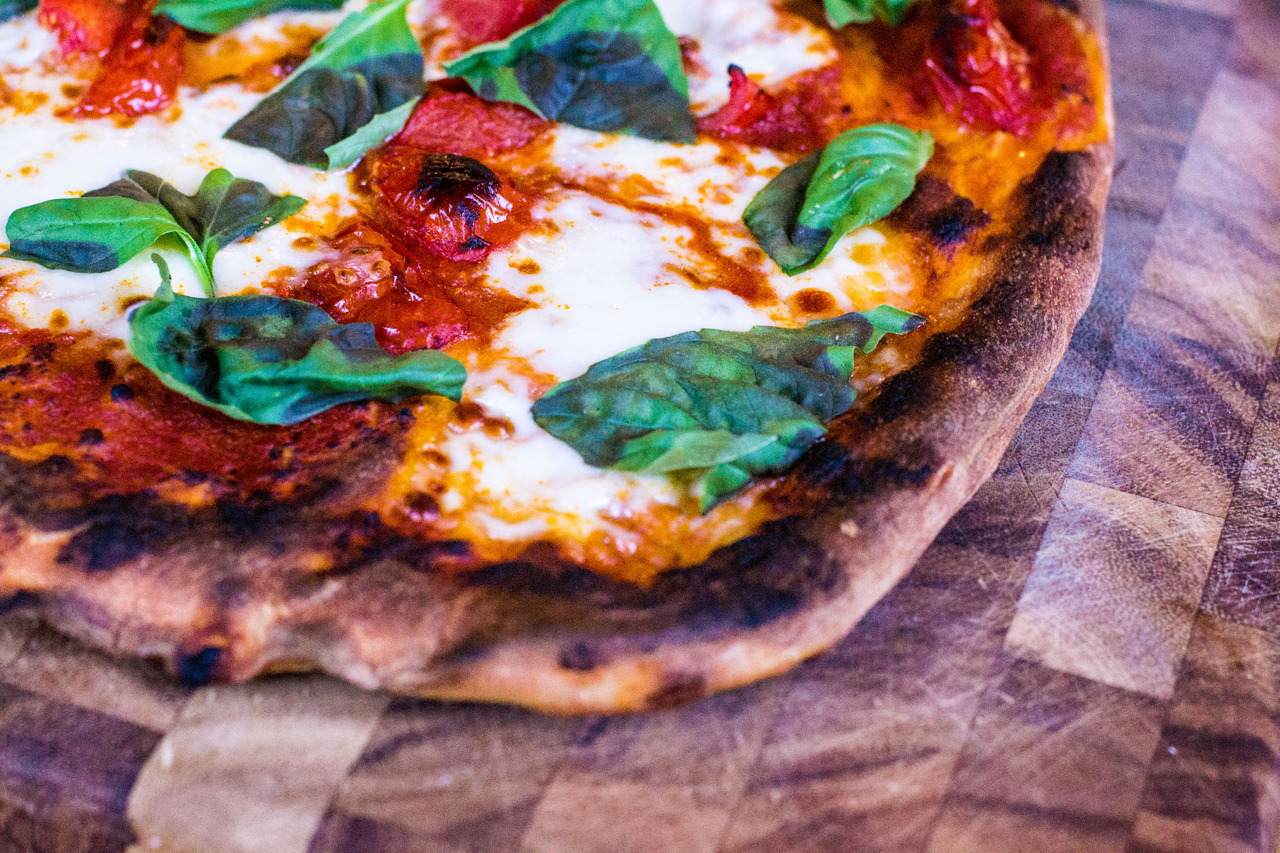 I’m not going to lie and say it’s not a bit daunting, but as it is with all things seemingly insurmountable, it’s important to start small. For me, that was starting with the single ball of Naples-style dough at 70% hydration. This is the hydration level recommended for home ovens that aren’t pizza ovens, and it yields a very soft, and very pliable dough. It’s easy to double or triple this to make multiple pizzas (which I’ve done now a few times), and the main considerations you need to make in order to make this dough are the following:

(For the dough storage, I use a combination of a few large Cambro containers and some other large food storage containers that allow the dough to spread out, as it doesn’t puff so much as spread out.)

Needless to say, this is a bit of a project, so it should be treated accordingly. But like most kitchen projects, having some patience here will reward you handsomely with a kickass pizza. Instead of just posting a recipe like I normally do, I’ll actually write a more detailed version of the recipe as adapted from the book to help walk you through your first Neapolitan-style pizza. 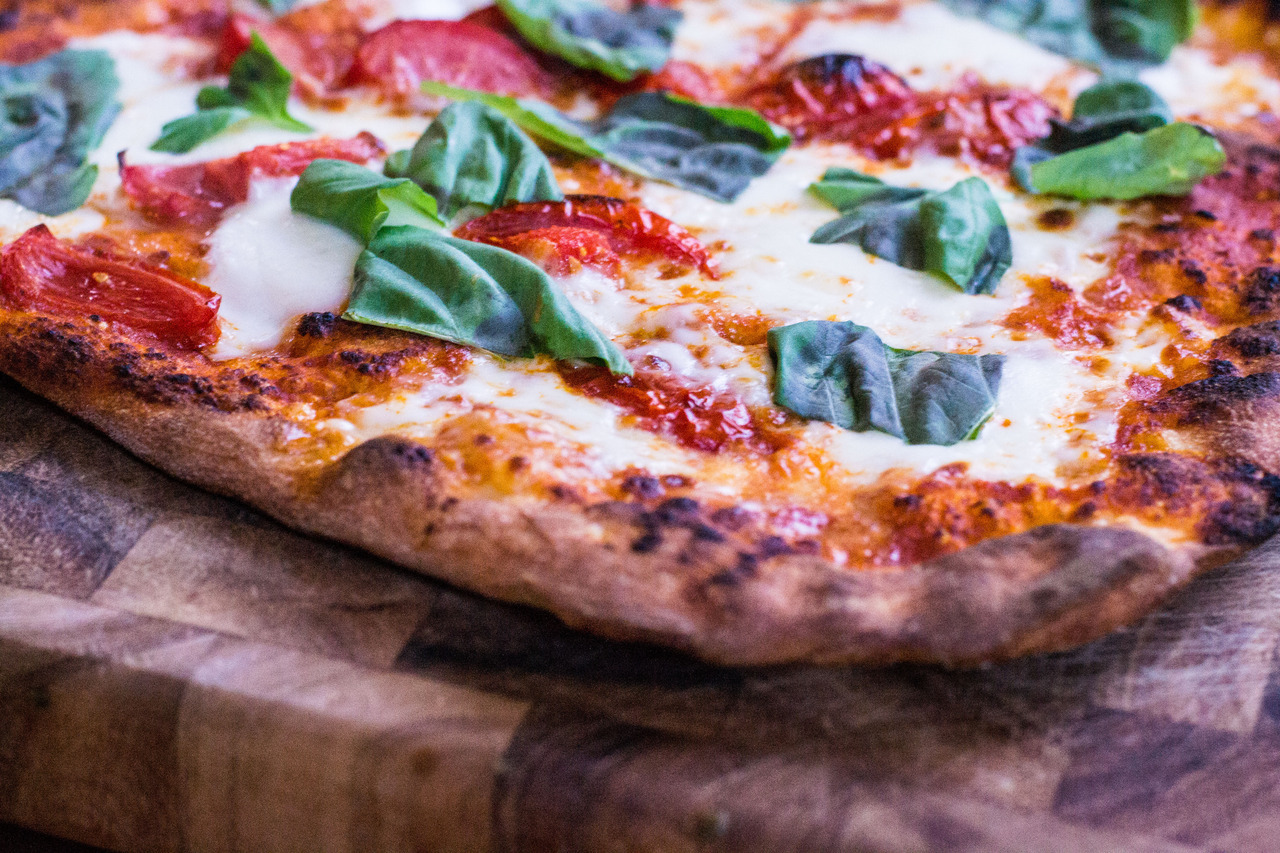 Adapted from Mastering Pizza because I have a lot of commentary

To make the dough: combine the flour, water, and yeast and combine on speed 2 in a stand mixer with the dough hook until it comes together, about 2 minutes. (Vetri has you use a paddle at first, but he also calls for either fresh or active dry yeast, while instant dry yeast does not require any proofing and can be directly added to flour.) Add the salt and continue to mix until it disperses, another 30 seconds. Knead for another 12-15 minutes; during this time, you may want to add more dough depending on the humidity of the day and the softness of the dough. I’ve added upwards of ¼ cup of flour during this phase, and while it’s still sticky, it’s not too unruly and still soft as hell. Once the dough has formed into a smooth mixture, cover the bowl with a towel and leave to sit for 2 hours.

Then you’re going to want to form the dough ball. Flour your hands and a bench knife with flour, and scrape the dough onto a clean work surface. You’ll want to gently drag the bench knife over the dough ball, pulling it away from you at first and then pulling it towards you. You have to think of it as massaging a water balloon across your work surface—you’ll probably move it about a foot or so away or towards you, and you want to be gentle with it until it swells up a bit and forms into an oval-ish shape. Then you’ll want to position the dough on one of the pointy ends and push in a perpendicular direction to start turning the oval into a round shape, with the idea that you’re building surface tension to help the ball swell. (I don’t know if I’ve mastered this perfectly, but I feel like a video tutorial on this would be massively helpful.) Once your ball is into a round form, place it into a plastic box with a tightly-fitting lid and let it sit at room temperature for at least six hours and up to 12 hours.

To shape the pizza:

If you have a sheet pan, pizza stone, or better yet a Baking Steel, place that on the second-highest rack position in your oven and then crank the oven to 500 degrees. Have lots of oven mitts handy to pull open the racks as needed.

To shape the pizza, sprinkle your work surface with a generous amount of bread flour. Gently stretch the dough ball with your fingers to eventually make a round-ish shape, leaving a nice rim around the edge to form a gorgeous crust in the oven. You’ll have to work slowly, and may have to flip it over halfway through to get there, but just work slow and add more flour as you need it. Flour a pizza peel and transfer the pizza dough to the peel, add the ingredients below, and then proceed to bake it.

For the pizza toppings:

After shaping the dough, gently swirl on the sauce, checking to make sure the pizza can still move on the peel after applying. (If needed, add extra flour.) Add the tomato halves, and then carefully move it into the oven and place on either the sheet pan or stone/steel, and cook for about 3 minutes. Take the pizza out and add the mozzarella cheese, and cook for another 3-4 minutes. Remove from the oven, sprinkle the basil leaves over the finished pizza, and sprinkle with sea salt and pepper and olive oil. Let rest a few minutes before slicing and serving.

Pour all ingredients into a blender jar and either blend with a regular or stick blender until slightly chunky. Pulse it to keep the sauce from getting too thin. If you want to freeze, note that you’re going to have to reduce the frozen sauce to thicken it a bit.

[1] He just announced on Instagram that he’ll be co-writing a book on bread called…wait for it…Mastering Bread which means he could probably put it out as a three-book gift set called Mastering Starchy Carbs.