As annoying as Google can be with news alerts and the like (no, I don’t need to receive every freaking article about Avengers: Endgame ever, especially when most of them have the same information!!!), I have to admit that I squealed recently when I received a notification that Good Eats: The Return has officially started filming as reported by the Atlanta Journal-Constitution. I feel like we’ve been waiting for ages for new episodes and now I can finally be Michael Scott in which it’s FINALLY HAPPENING:

In the meantime, AB has been smart in that he was able to get Cooking Channel to air a revival of 13 classic Good Eats episodes and rework them to his modern standards, and they are are all fantastic to watch (and rewatch, because of course, we bought the whole season on Amazon). Whether providing fun behind-the-scenes tidbits or goofing on his younger self’s antics and wardrobe choices, it’s so genuinely refreshing to see him out of the game show persona he’s been sporting on TV for the last few years and back into earnest nerd mode, albeit with a touch more snark than ever before. 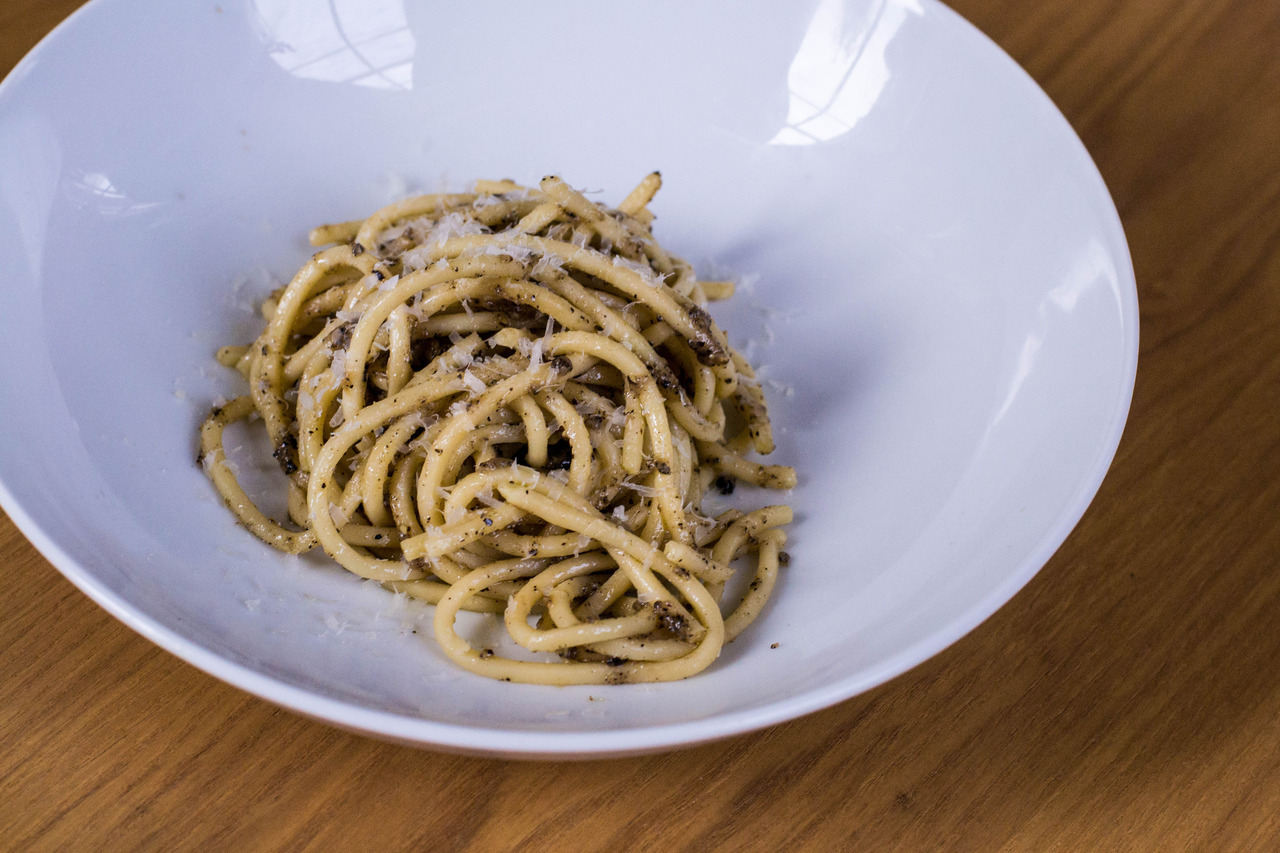 More importantly, though, is that he has absolutely stepped up his food game. This isn’t a dig at his prior work, because post-Good Eats he would mention in interviews his frustration in not being able to feature or use certain ingredients or even full-blown recipes due to network fear that they may be too inaccessible for their target audience. When online commerce was a much more novel concept that’s a fairly reasonable feeling to have, but in this day and age, there are not nearly as many ingredients that are as difficult to procure save for obscure perishables. So when I see him use things like sumac in his revamped fried chicken recipe, or Aleppo pepper and za’atar spice on his roasted chicken, I see these as positive indicators for the new episodes being made.

As for his take on the classic cacio e pepe, this recipe goes a long way in showing that a seemingly simple dish is not necessarily an easy one. It takes a fair amount of work, especially in the stirring department, to get right but it serves as an excellent reminder that your patience will be rewarded.

Easily the hardest part in making cacio e pepe is that you have to make an emulsified sauce of sorts with the cheese, pasta water, and pepper in the pan. I’ve seen this done by professionals before, but when I attempt it at home my chances of success tend to hover around 50-50. Brown increases your odds by having you start the sauce in a large bowl, and then lightly draining the noodles and tossing them vigorously in order to emulsify and finish the sauce. It sounds harder than it is, frankly, and the final dish is so good that you’ll want to make this all the damn time. 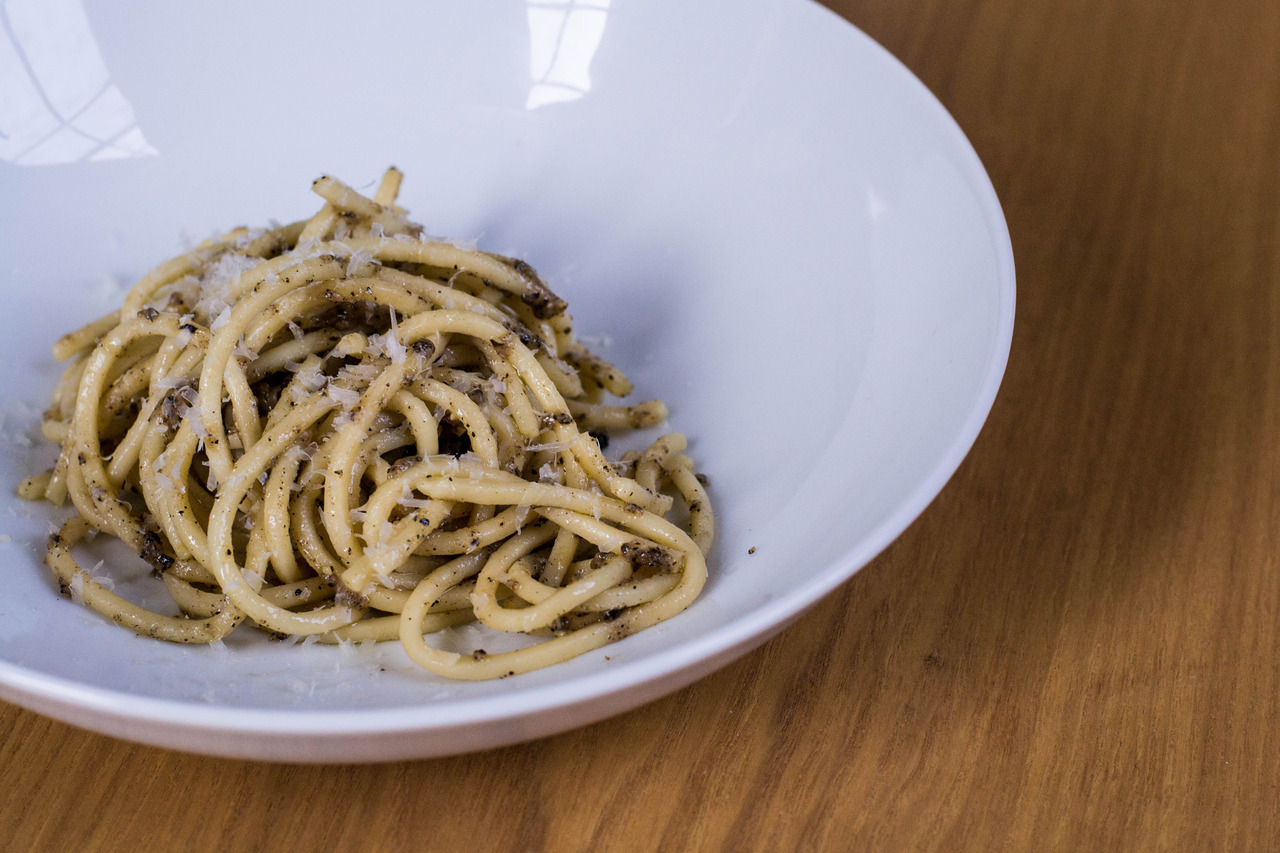 You can find the full recipe here, and you should absolutely make it as soon as possible. Your stomach will thank you.