A funny thing happened when I started reviewing all of the food and drinks I enjoyed during our early April trip to Miami: I realized that it would be way easier to recreate the cocktails we enjoyed versus most of the food. We ate very, very well when we were down there, but so much of it was either very high-end (read: black truffles in pasta) or ingredient-specific (such as the house-made components from Sanguich de Miami or the ingredients CVI.CHE 105 flies in regularly from Peru). It’s definitely part of what makes the city so special, and also makes me want to go back there sooner rather than later.

In the meantime though, I can satiate my cravings for a taste of Miami with a couple of cocktails that I really enjoyed, starting with El Compadre at Bar Centro. Located in the SLS hotel on Collins Ave, it’s part of José Andrés’s Bazaar by José Andrés’s but is the more accessible counterpart to that restaurant. It’s fully covered but is open to the nearby pool, which makes it appealing to cigar smokers who want to enjoy a stogie with their cocktail.

The drinks are certainly pricey, but that’s to be expected when you’re in Miami Beach especially; the question usually is whether or not the drink is actually worth the price. Having paid some ridiculous prices for middling vodka sodas on Ocean Drive, I’d come back here any day of the week and spend a similar amount on a well-crafted cocktail instead, and if you find yourself here this one is a great one to try first.

What I really like is that there isn’t much to it: bourbon, Aperol, mint, and some simple syrup all work together nicely to form a drink that has the bracing substance you’d expect from something with bourbon but is balanced nicely with the sweetness from Aperol and the simple syrup. (I tried making this without simple syrup at first, but that is the key to elevate this from enjoyable to lethally easy to drink.) I’m also a fan of the fact that it requires so few ingredients, making it an ideal one to pour for yourself on a quiet evening and pretend you’re sitting poolside in paradise. 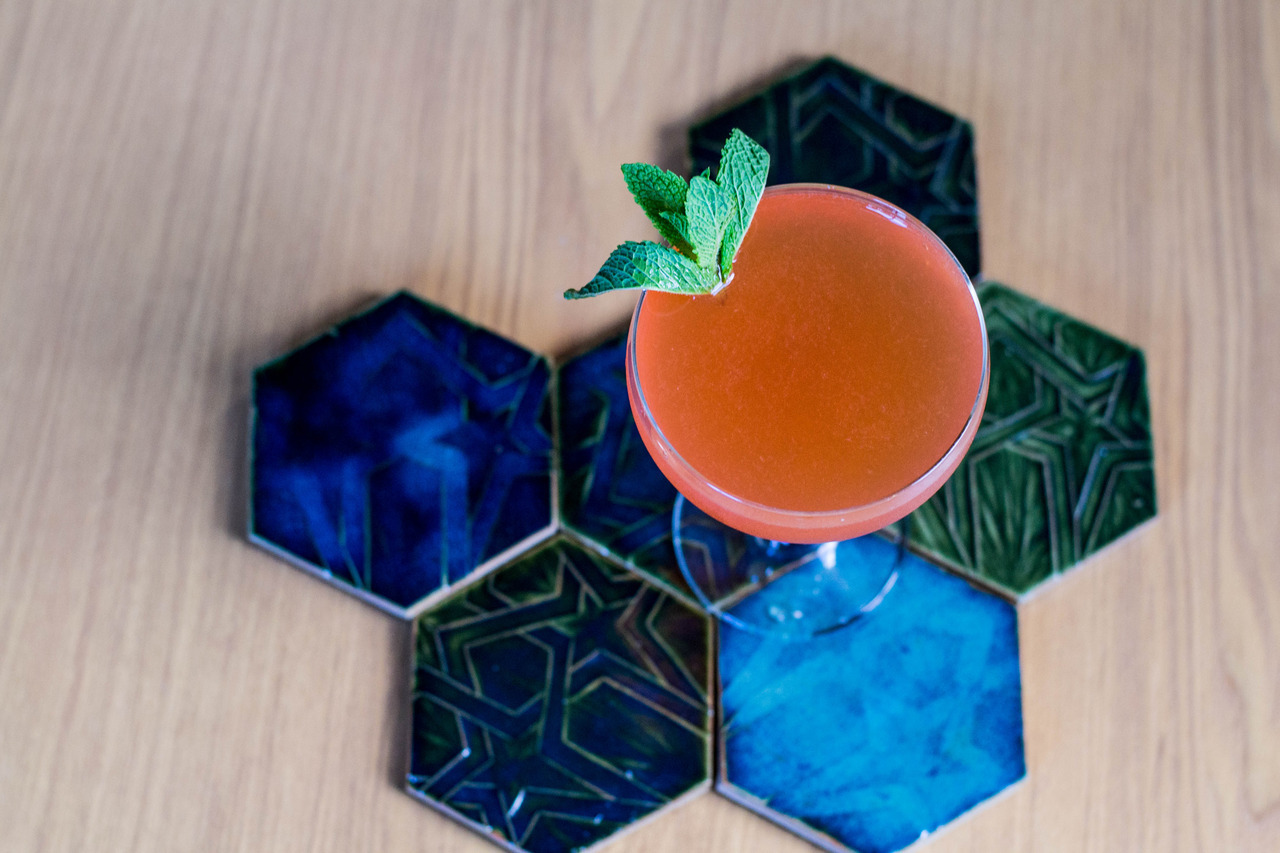 Inspired by the cocktail at Bar Centro in Miami Beach, FL

Combine all ingredients (save for the mint) into a cocktail shaker filled with ice. Shake vigorously for 30 seconds or until the shaker is very cold, and then strain into cocktail glasses and serve with a sprig of mint in each glass.