Not long after we moved to Stamford from New York, I planned to do this whole tapas crawl around Manhattan, and as I’ve implied in this post over at Maps of Fun, it was kind of a disaster because, like, half of the places we went to either were not open until later in the day or just closed, period. It taught me the value of never fully trusting a Google posting, and that if I really wanted to ensure that a place was legitimately open, calling them was obviously the best way to do this. 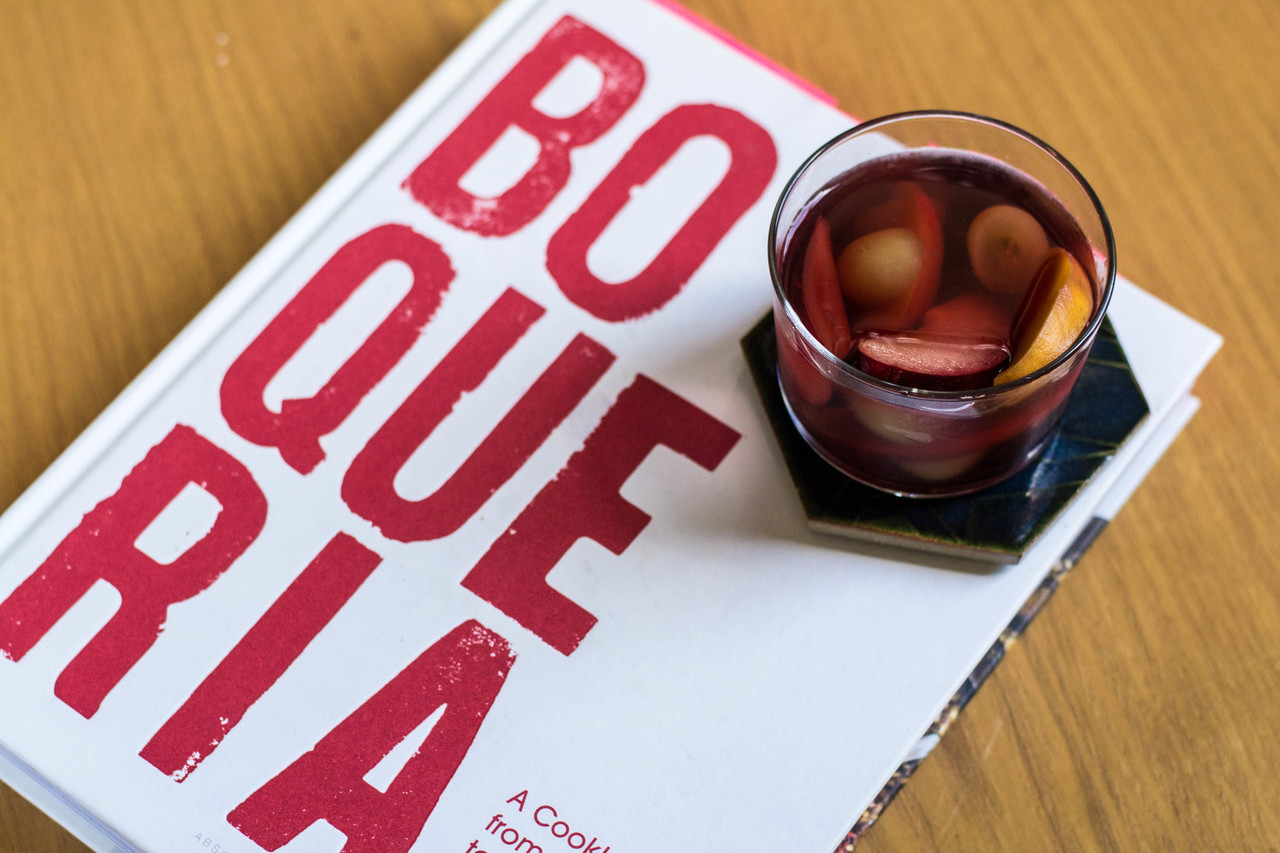 There were, incidentally, a few upsides to this trip: unexpectedly getting to try the uni sandwich at El Quinto Pino (because we ended up staying late enough in the city that we could go there when it opened at 5 for one last round of food), and the brunch in general and the sangría in particular at Boqueria’s SoHo outpost. It was where we started our little crawl, and I was so jazzed by how well everything went that my confidence swelled to ill-advised levels and we definitely spent too much of the afternoon traipsing all over the island and not enough time eating.

I didn’t let the failures of this particular crawl impact my image of the restaurant, and I’ve gone back several times, most often for brunch itself. (Out of loyalty to Barcelona Wine Bar, this was all a time before they started offering weekend brunch at the location closest to us.) While those trips would encourage me to try some of their wines and their other cocktails, my favorite drink to get there remained their sangría, and I was reminded of why when I recently made a pitcher of their rose version at the end of July.

While flipping through cookbooks looking for inspiration as I am wont to do, I was leafing through Boqueria’s (a more recent acquisition) and on impulse went straight to the drinks section. I had earmarked the rosé sangría as something to make someday and decided that the last Saturday of July was as good a day as any to do so. It wasn’t one of the kinds we’d had–rosé, in general, was only becoming A Thing in the year or so leading up to our move south–but I was intrigued to try it, especially by the inclusion of tequila. (Their red sangría, by comparison, uses gin which feels much more Spanish.)

The most genius aspect of this recipe is that you’re meant to macerate the cut fruit for a few hours in triple sec to help the fruit break down a little, and that ideally you have all of the ingredients of the sangría chilled individually before combining them and letting them mingle together some more in the fridge. This cuts down on how long you have to wait before drinking it if you’re in a bit of a hurry, but I also think that keeping everything at the same temperature before combining makes everything taste much better. Maybe I’m just thinking that because it’s been so long since I’ve made this cocktail, but it’s something that I’m going to start doing with much greater frequency. 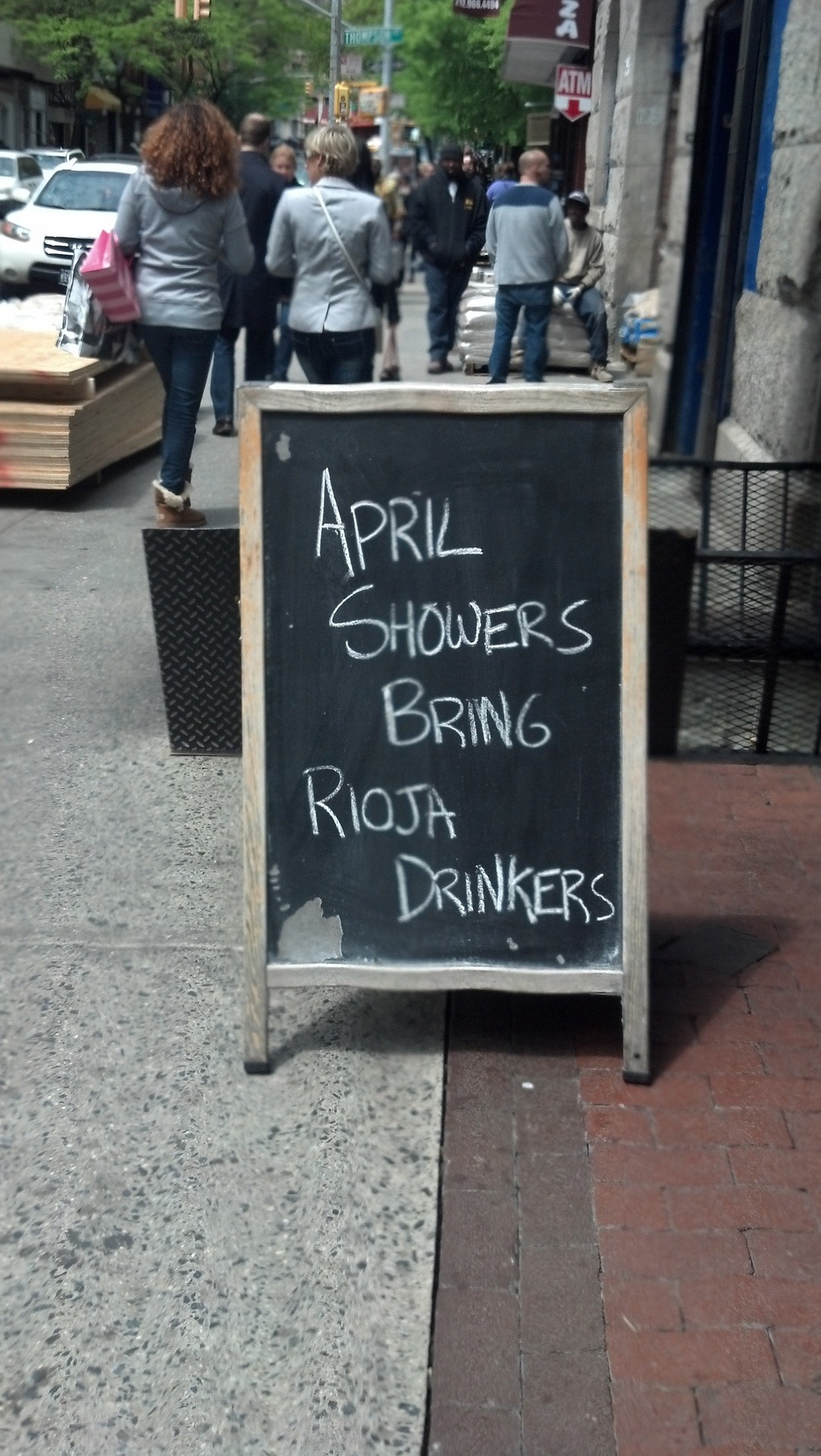 I made a few alterations to the original recipe given what we had available and to my personal tastes, and you can feel free to make your own accordingly. This is an ideal drink to make as the farmers market are still laden with late-summer goodness and the evenings are still warm enough to take a pitcher out to the stoop and watch the world go by. 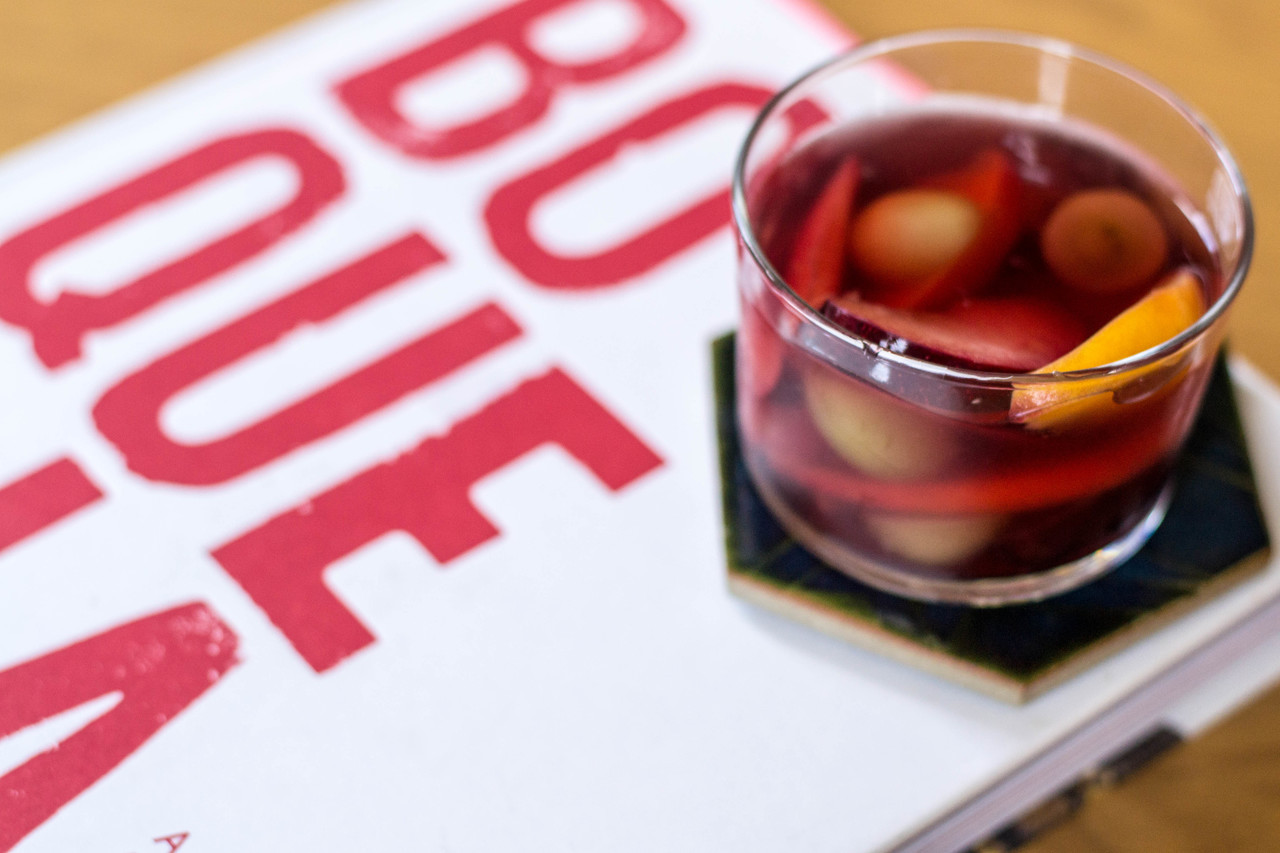 Lightly adapted from Boqueria: A Cookbook, from Barcelona to New York

Place the fruit into an airtight container, mixing it with the Grand Marnier to coat evenly. Let chill for at least a few hours up to overnight.

About an hour before serving, combine all of the ingredients into a large pitcher and sweeten to taste with the simple syrup, and refrigerate again to give the ingredients some time to meld together. (If making ahead, this can sit in the fridge for up to three days.)  When ready to serve, ladle some of the fruit and wine into each glass and enjoy!