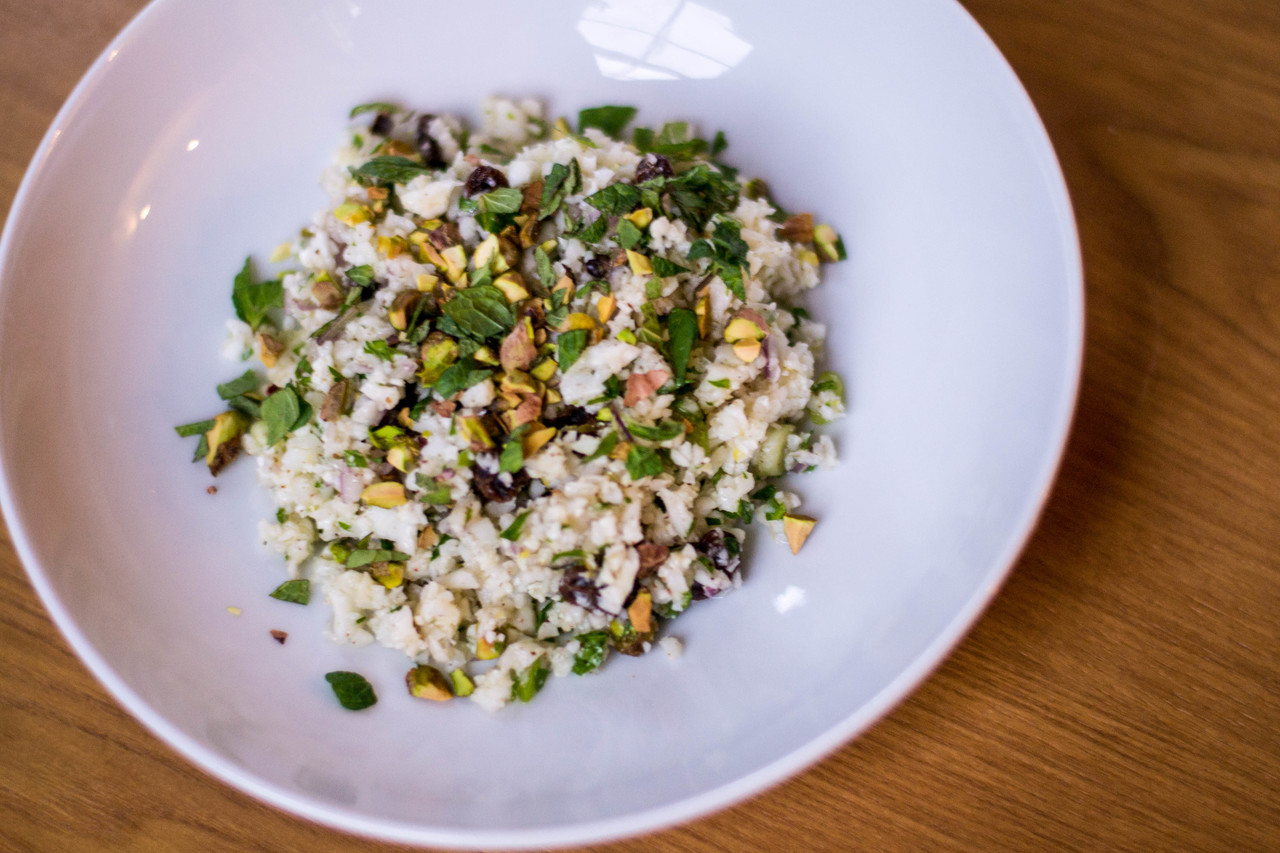 As I’ve gotten older, I’d like to say that I’ve become much better about eating a wider variety of vegetables but I know I can always do better. A recent trend that has helped that has been the rise of vegetable-driven cookbooks by various celebrity chefs ranging from April Bloomfield to Hugh Acheson. Earlier this year personal favorite and all-around amazing human José Andrés added his own tome to the canon with Vegetables Unleashed. I received a copy of it more than a month ago as an early birthday present, and to say that we’ve cooked with gusto from it would be an understatement.

The book is more than just a collection of recipes, as it presents Andrés’s philosophy towards vegetables and little ways we can all contribute to make the world a slightly better place with them. From instructions on composting to singing the praises of indoor gardening, he wants his readers to get as excited as he is, and his enthusiasm is certainly infectious.

The layout of the book is somewhat haphazard; while the recipes are ostensibly grouped by seasonality, they are peppered with mini-essays on everything from the benefits of honey to profiles of both established and emerging leaders in food access and equality. The beginning of each season has a sort of “day in the life” profile of Andres as he pursues his many projects, so it’s definitely a book that encourages you to curl up and read it rather than simply page through the recipes themselves.

That said, the recipes contained therein are absolutely solid. Having received the book in mid-August, it’s hardly surprising that I jumped in head-first with all of the tomato recipes, and to date, I’ve made a sweet Chinese-style salad with herbs, an heirloom tomato Bloody Mary, and the yellow tomato variation of his basic gazpacho. I want to try his version of tomato tartare (naturally much closer to Albert Adrià’s than mine) before tomato season is completely over, but I have to say that I’m also looking forward to trying more of his fall and winter vegetable recipes because that’s when we could all use some serious inspiration to eat them.

We’ve dipped a small toe in that already in the form of a Mexican-style fruit salad, which is less of a fruit salad and more of a savory fruit and vegetable salad. Consisting of watermelon radishes, mango, jicama, and cucumber and dressed in a zesty lime concoction, you’d be hard-pressed not to enjoy whenever presented to you, but I know it will help brighten more than one gloomy evening as the weather turns colder and darker. We also recently tried a cauliflower tabbouleh that substitutes minced cauliflower for the more traditional bulgur wheat or couscous, and I find myself preferring that kind of preparation of the cruciferous vegetable over “ricing” it. The texture here is much more evocative of the grain it’s replacing, but Michael wants to play with the rest of the recipe’s flavors as he feels they could be much more pronounced than presented here.

Perhaps the best part of the whole cookbook, however, is how much Andrés infuses himself throughout it. While he was always a delightful writer of headnotes for his cookbooks, these feel the freest and joyful; meanwhile, the photos of him throughout showcase his multitudes from his work with World Central Kitchen to his roles as restaurateur, food advocate, and family man. (I’m also not going to lie–him wearing his “Immigrants Feed America” shirt throughout the book is a lovely middle finger to a certain administration.) If you find yourself in need of some inspiration and hope in this fraught climate of ours, definitely pick up this book; while I will certainly highlight some of my favorite recipes as I cook through it, I guarantee that it will only scratch the surface of the food captured on its pages.