One of the reasons why I love both Zahav and Israeli Soul so much is that Michael Solomonov makes a compelling case for adding a plethora of spices to your kitchen. You need these in order to make the dishes in these books, but what’s helpful is that these spices are used again and again throughout these books, meaning that if you find yourself cooking your way through them (and you will trust me), your spice investment will not go wasted. 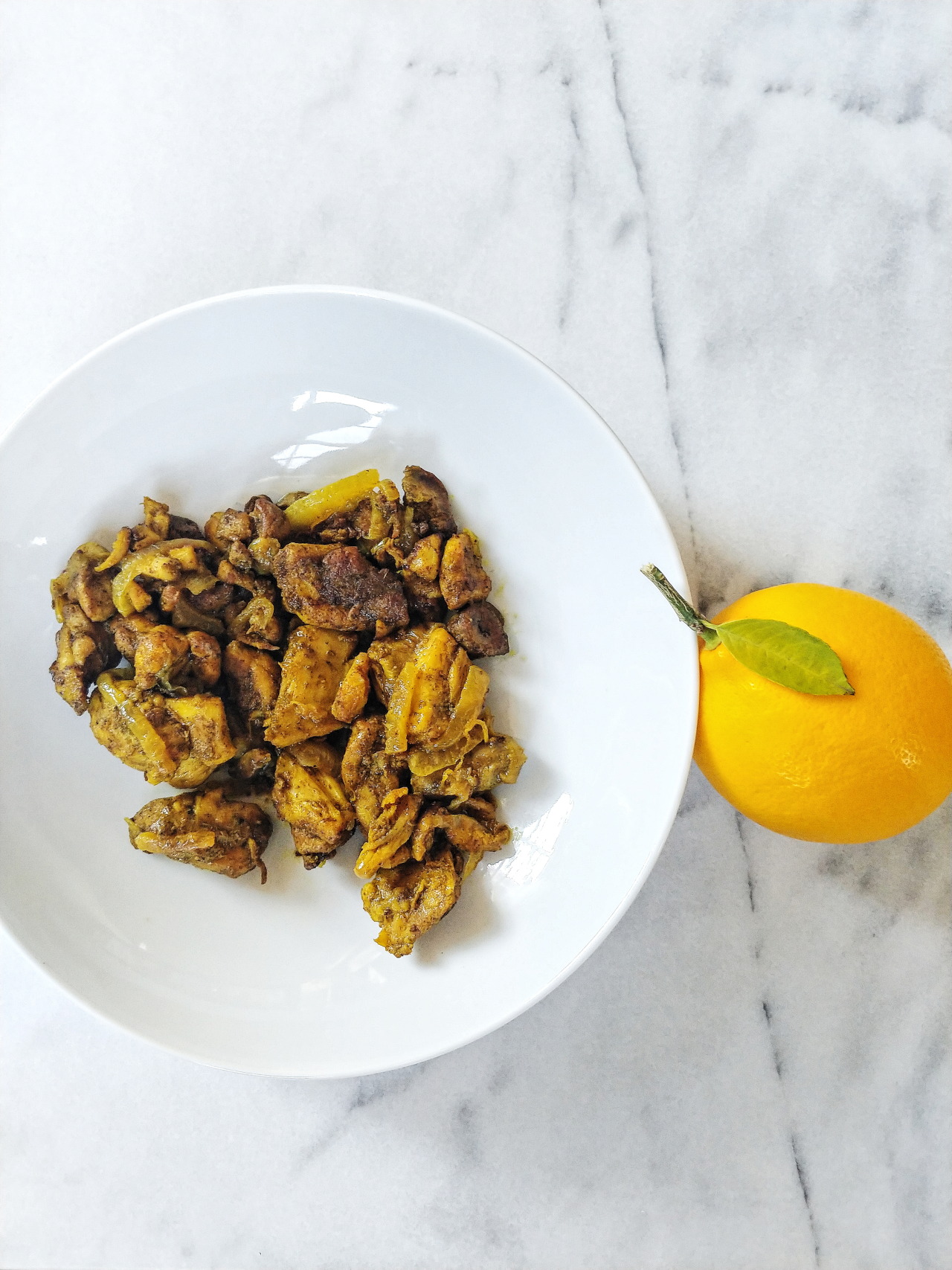 This is particularly true for Israeli Soul; if the idea of making fine-dining-level Israeli food is intimidating to you, I’d actually suggest getting this book first. While Zahav is excellent and features a lot of the dishes you can find at its namesake restaurant, I’d argue that Soul contains more recipes that can serve as a robust introduction to the intricacies of Israeli food. With chapters devoted to the components of shawarma, hummus, and sabich (just to name a few), he guides you through the details with the distinct goal of infecting you with his boundless enthusiasm to encourage you to get in the kitchen and cook. It makes for an endearing reading experience, and it just might get you to try something that otherwise may not have caught your eye.

Take, for example, his Jerusalem Mixed Grill: while this traditionally is a dish in which heavily spiced offal is cooked quickly and then served over rice or in a pita, he wisely understands that presenting the dish as such could be off-putting to an audience that could be squeamish about organ meat. Rather than dumbing down the dish entirely, he suggests a compromise of a mixture of chicken thighs, chicken livers, and chicken hearts, and notes that if chicken giblets (as chicken offal is collectively called) weird you out, then stick to just the chicken thighs because the real heart of the dish is the spice mix itself. This also allows for those who simply can’t get their hands on chicken hearts or livers to still make the dish without incurring any perceived judgment on his part.

As for the spice blend, it’s a fairly straightforward mix: cumin, turmeric, cinnamon, baharat, and fenugreek. I’ve sung the praises of baharat in this post, and fenugreek is actually pretty easy to find online between Penzey’s and Amazon. The most difficult part of this dish is giving yourself enough time to caramelize the onions properly; you could do this ahead of time and then let the onions come back to room temperature before mixing it with the finished meat. The turmeric gives everything a golden glow, and who couldn’t use a burst of vibrant color during the drab doldrums of winter?

This can go well with rice or in a pita, but I’m happy to eat a bowl of it on its own with a squeeze of lemon and a nice salad on the side. This recipe also leaves plenty for leftovers, so you can weird out your coworkers if they ask you what you’re having and you respond with “chicken hearts.” 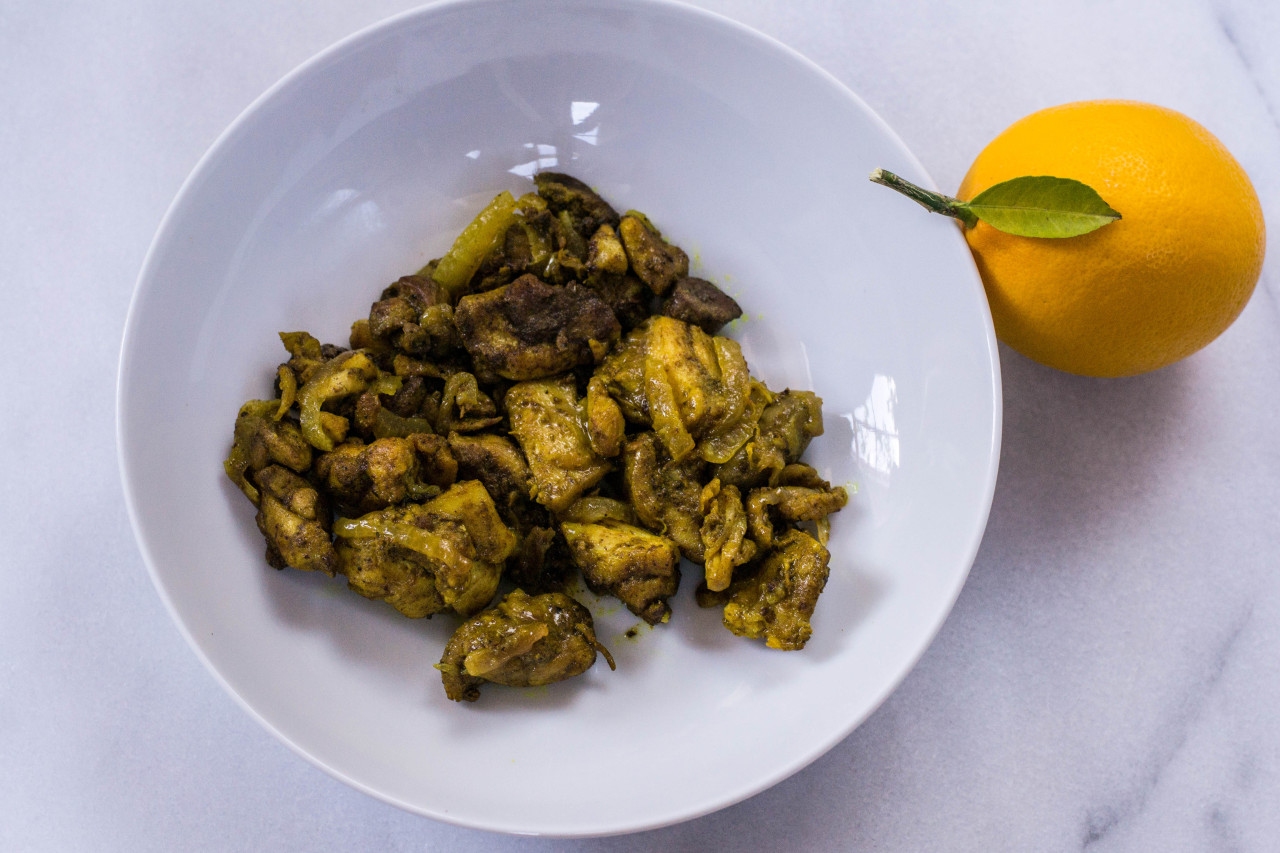 Caramelize the onion: in a medium nonstick pan, heat 2 tablespoons of olive oil over medium and add the onions and a pinch of salt. Caramelize the onions in the pan until deep brown and soft, which should take about 40 minutes. If the onions start to stick to the pan, loosen everything with a splash or two of cold water.

Toss the chicken and giblets into a large bowl with the spice mix along with the teaspoon of salt. Heat a cast-iron skillet over high heat, and add the remaining oil. Add the meat to the skillet and let sear for at least a minute or two undisturbed, and then stir and cook over medium-high heat for another five minutes. Squeeze in the juice from the lemon.

To serve, remove the skillet from the heat and stir in the onions and meat into a serving bowl. This can be served over rice, in a pita, or on its own depending on preference.