As I half-expected, the second I decided that I’d post more frequently here with recipes, I ran straight into a case of writer’s block. I’m hoping that by acknowledging it here I can finally shake it, but I know that part of it is caused by a general feeling of malaise that has hung in the air around me on account of this pandemic. We’ve been giving ourselves lots of cooking projects to do as a way of keeping ourselves busy (you can follow along with my Instagram stories), but there’s only so much we can do when fridge space is becoming a premium. 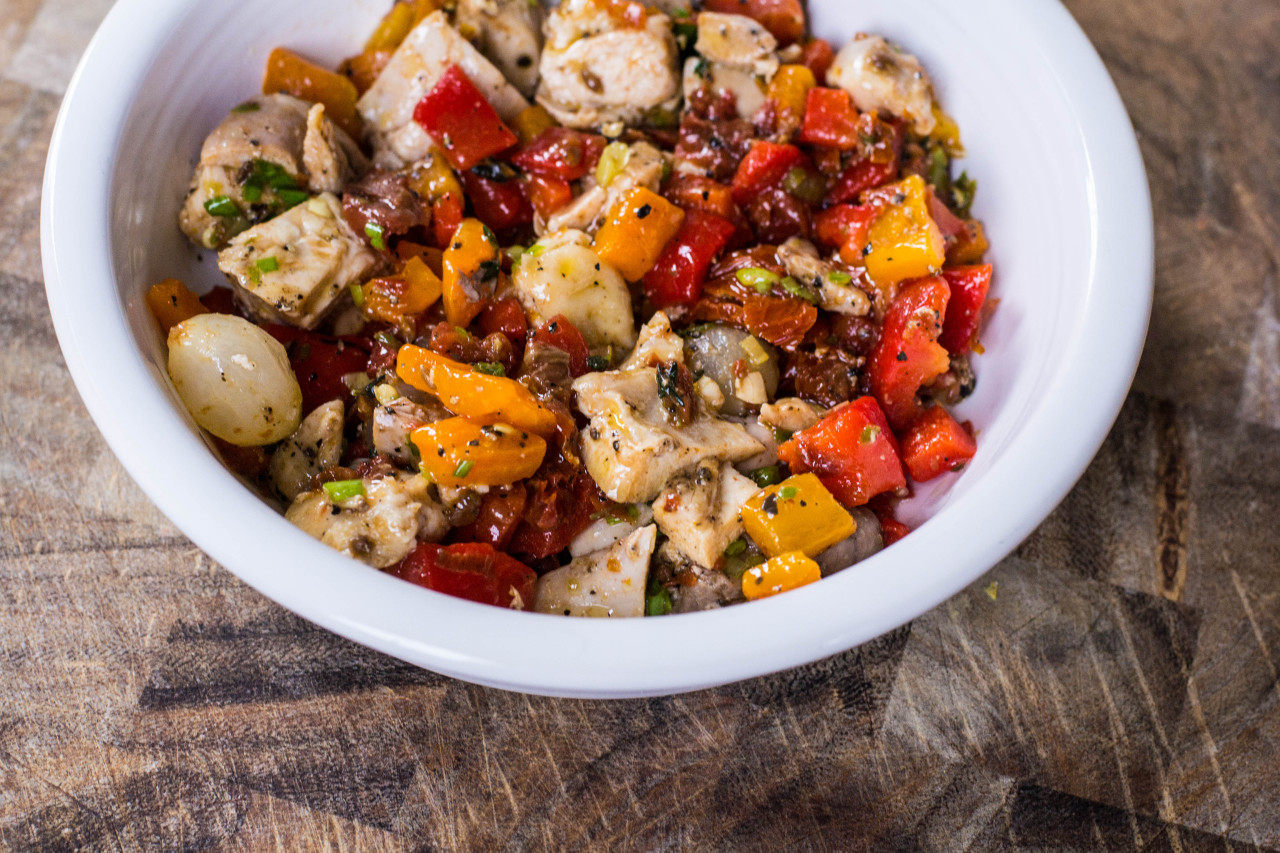 It’s also kind of depressing to see mounds of boneless, skinless chicken breasts and ground beef and very little else in the meat aisle, as those might be the things I eat with the lowest frequency. A trip to our nearest Hmart last week wasn’t much better, but at least they had a few packages of the one thing I wanted there: chicken hearts.

I’m a longtime fan of chicken livers, and only recently got into hearts when I finally realized that my best source for them was Hmart so I could make Michael Solomonov’s Jerusalem mixed grill as prescribed a few months ago. They aren’t as gamey in taste as a liver nor as chewy in texture as a gizzard, and they take spices really, really well. They’re quite nutritious and inexpensive to boot, so we’ve been using packages of them as a way to cut back on how many chicken thighs we make in a dish so that we can keep a supply in the freezer for future weeks.

While I would recommend the aforementioned mixed grill as a great way to introduce yourselves to them, pairing them with this salsa is a little more accessible–no ordering of special spices required–and more in line with cooking out of your pantry.

The recipe comes from Nueva Salsa by Rafael Palomino, a Latino nuevo-focused chef whose New Haven restaurant Pacifico was a personal favorite when we lived there. Dining there always promised the prospect of bright, acidic flavors that matched the lively decor, and I’ve been able to recapture that magic at home with this book as well as Viva la Vida.

What I like about this salsa, in particular, is that it’s easy to make, pairs well with various meats, and feels good to eat. Sitting down with bowls of this last week lifted both Michael’s and my spirits, and I definitely made sure to stock up on some sun-dried tomatoes for the pantry because I’m sure we’re going to want to make more of this in the coming weeks. To make this as pantry-friendly as possible, you can forgo using freshly roasted tomatoes for the canned or jarred versions, and use frozen pearl onions rather than attempting to blanch and peel fresh ones. I used them when I made it last week and once you give them a little time to thaw, they taste fine.

So, in the spirit of this new normal, give this recipe and chicken hearts a try. And if you are looking for some comfort-food entertainment, When Harry Met Sally is on Hulu and it holds up pretty well! 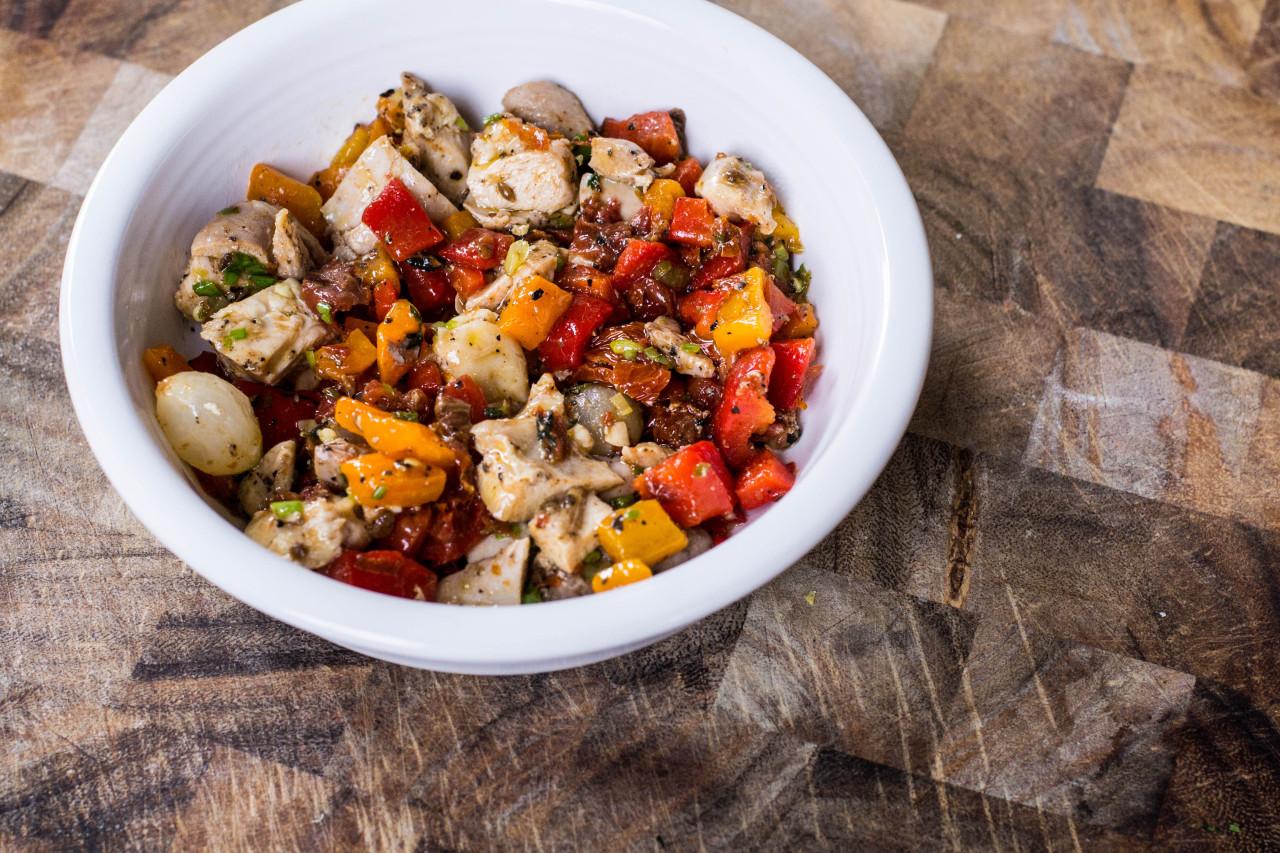 Serves 2 with leftovers, 4 as a light meal.

For the salsa (makes about three cups):

For the chicken thighs and hearts:

To make the salsa, combine all of the ingredients up to and including the cumin in a medium-sized bowl, season with salt and pepper, and then add the chicken thighs and hearts to the bowl and stir to combine. Add the scallions just before serving, and then divide onto plates or bowls and serve immediately.