Probably the biggest score I made when doing a stocking-up grocery trip two Fridays ago was to get six pounds of frozen shrimp for the price of two, thanks to the Teet’s buy one, get two special. We polished off the first bag that Sunday, and then I decided to use another pound this week to make some of Stephanie Izard’s sambal shrimp. I’ve written about this recipe years ago and how she uses them as a topping for her mango-Marcona almond gazpacho in her first cookbook Girl in the Kitchen, but this time around I went and paired them with another chilled soup from the same book, this one being comprised almost entirely of onions. 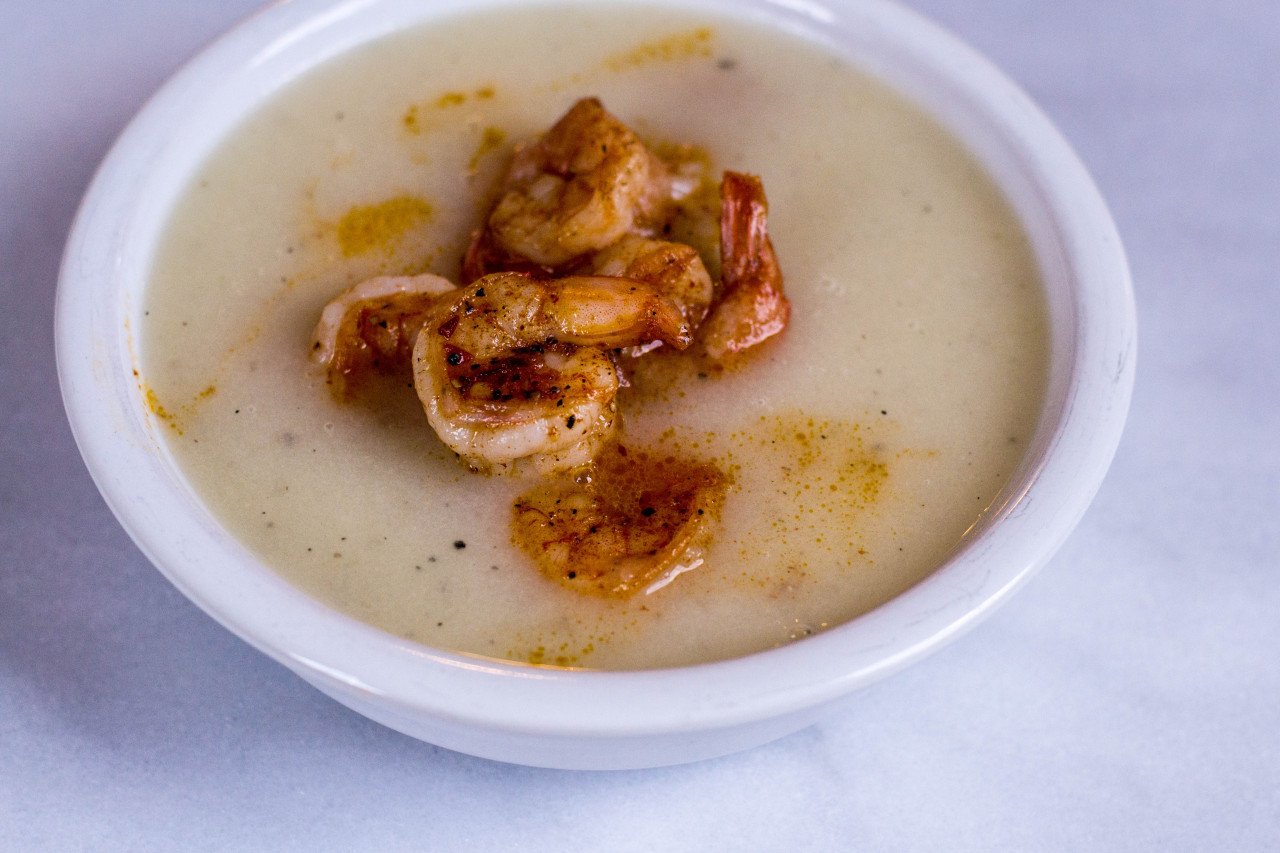 The original recipe calls for Walla Walla onions that hail from the Pacific Northwest or to use Vidalias if you can’t get those, but circumstances being what they are I went with regular sweet onions. (Vidalias get their name from the town that they first were grown in, and now legally the only onions that can be called Vidalia must come from a legally-designated area in the state of Georgia. I imagine Walla Walla onions are the same way.)

Unlike, say, a French onion soup that requires a few hours of cooking and calls for the onions to be deeply caramelized, this soup actually calls for the onions to be cooked only to the point of softness without taking on much color. This gives the soup a very light texture, making it perfect as an alternative to gazpacho when it gets particularly warm outside. It’s also very pantry-friendly, as the only special ingredient you’ll need is a cup of Riesling wine to add a little more sweetness to the affair. Otherwise, all this recipe calls for are onions, garlic, butter, olive oil, salt, pepper, and water. While not the most colorful dish you could make right now, it’s a creative way to use up some of those onions you may have stockpiled on your last shopping trip.

Pairing this with the shrimp was pretty fantastic too, as the sweetness held up to the spiciness of the shrimp, and so it makes for a nice, light supper, especially paired with a salad.

As for something to watch while you make this, while it feels like the obvious choice, I’ll still recommend watching Izard herself compete on the fourth season of Top Chef which is on Hulu. It’s my favorite season to rewatch for many reasons, but if you haven’t seen it I won’t give away any spoilers.

Stay safe and wash your hands, everyone! 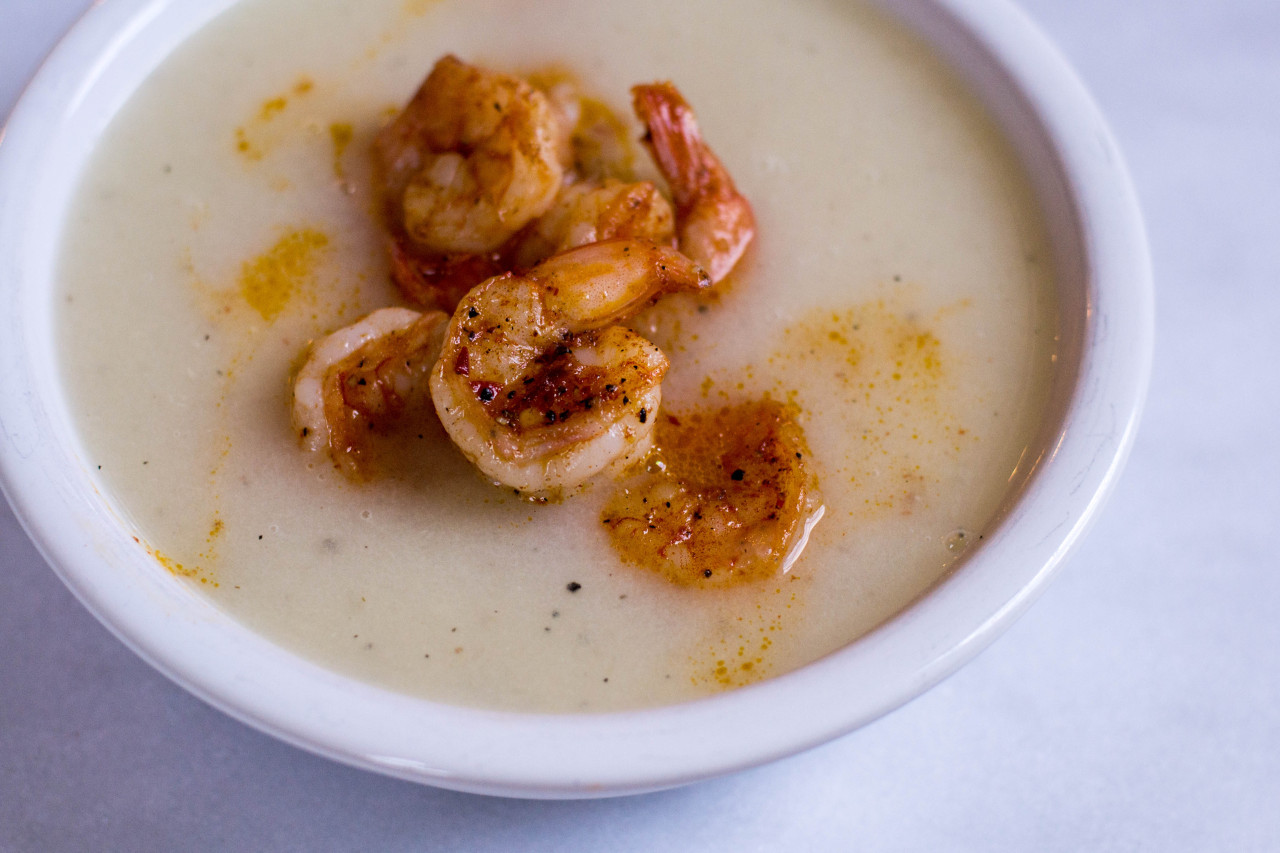 Lightly adapted from Girl in the Kitchen by Stephanie Izard

In a medium to large soup pan, add the olive oil and butter over medium-low heat. When the butter melts, add the onions and garlic and cook, stirring intermittently, until the onions are soft (about 20 minutes). Season lightly with salt and pepper and add the wine and simmer for another five minutes. Add six cups of water to the pan, bring it to a boil, and then reduce to a simmer to let all of the flavors meld, which will take about an hour. Take the soup off the heat, and either using an immersion blender or working in batches using a regular blender, blend the soup until smooth. Let the soup cool, and then move to the refrigerator to chill. Adjust the seasoning as needed before putting into bowls and serving.