A break-bumper, or commercial bumper, or ident-bumper, is a bit that serves as a short transition between a show and the commercials. They haven’t been used as much anymore, but if you grew up watching Saturday morning cartoons when that was a thing, you’ve probably seen these while watching Muppet Babies and the like on CBS: 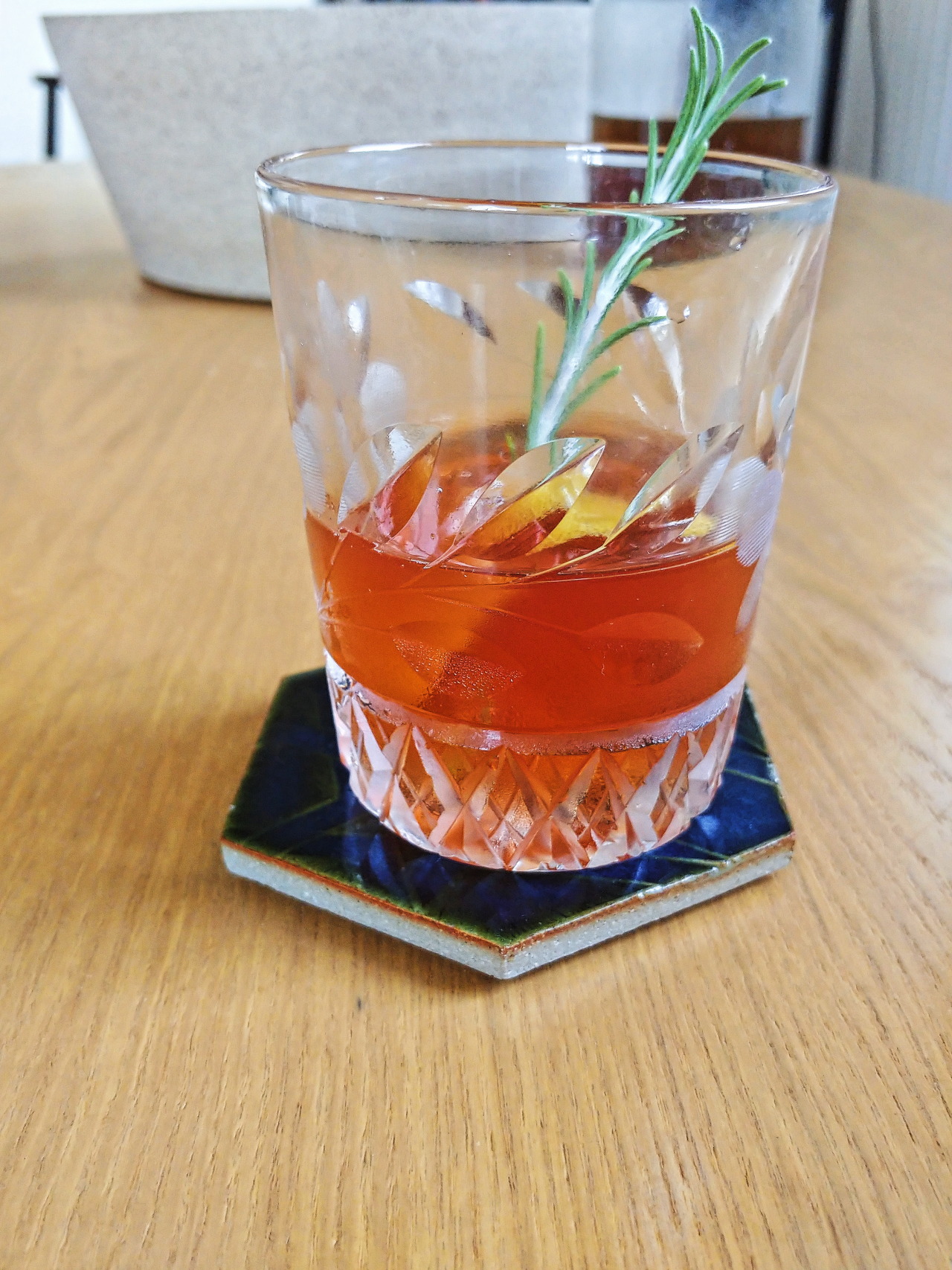 Needless to say, I’m delighted that the Succession writers decided to name a cocktail stolen from the wallet of Teddy Roosevelt’s valet after such a specific and now obsolete media term. A member of the Succession subreddit figured out the recipe, and it goes as follows:

To give you an idea of how ridiculously expensive drink is, a bottle of Krug Grande Cuvee retails for about $190, while the 23-year-old Pappy Van Winkle (easily considered among the best of the best of American bourbon so my guess is that they would use it) retails on average for nearly $3,000. On a show that is all about flex, making a cocktail using a whiskey that retails for roughly $118 an ounce is quite the flex. To have a character proudly tell the origins of the cocktail recipe and then later in the same episode have her say that money is a social construct is why this show is so damn brilliant.

I wanted to make something like this for myself, but I hated the idea of having to buy Cointreau because I find it to be v for what it is. I recently received an immersion circulator for my birthday, and already I’ve taken it for a spin to make Alton Brown’s fennel cordial (delicious and not nearly as cloyingly sweet as Sambuca), and I was wondering if I could make something similar to use as a good orange liqueur. I decided to go the route of a Grand Marinier rather than tripel sec, albeit one with a little more flavor brought to the party. 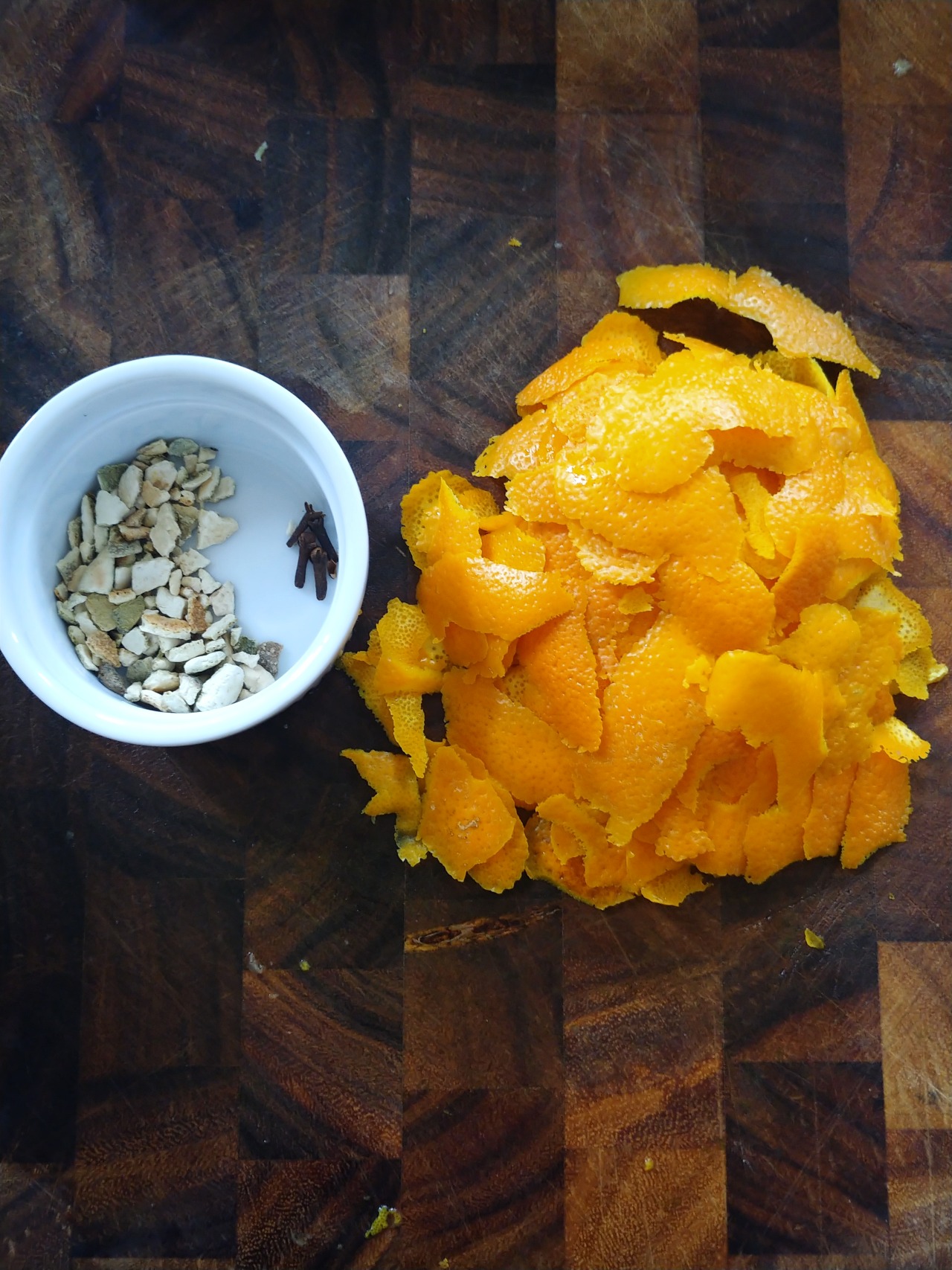 Grand Marinier is, in essence, orange-infused brandy with sugar added, so naturally, one needs some orange peels. While I’m using the skin of eight oranges (the oranges themselves were juiced for fresh mimosas for at-home brunch), I also threw in a tablespoon of bitter orange peel and some cloves to add a bit more complexity to the party. Combined with sugar and brandy into a freezer bag and placed in a 150-degree water bath, I let the mixture infuse for a couple of hours while we went on with our typical Sunday afternoon.

Why am I using an immersion circulator to infuse the brandy when I have my iSi? Well, there are a few reasons: I can infuse more than a cup at a time using the IC, and I can add sugar directly to the mixture if I so desire. Don’t get me wrong–I still use the iSi for more specific drink purposes, but I like the IC’s ability to make an all-in-one cordial in a few hours.

All told, the less-spendy version of the Break-Bumper looks a little like this:

To make it fancy again, though, I made one of each of us in my inherited crystal old-fashioned glasses, so even if this cocktail isn’t quite as fabulous as the one from the show, it still looks great. 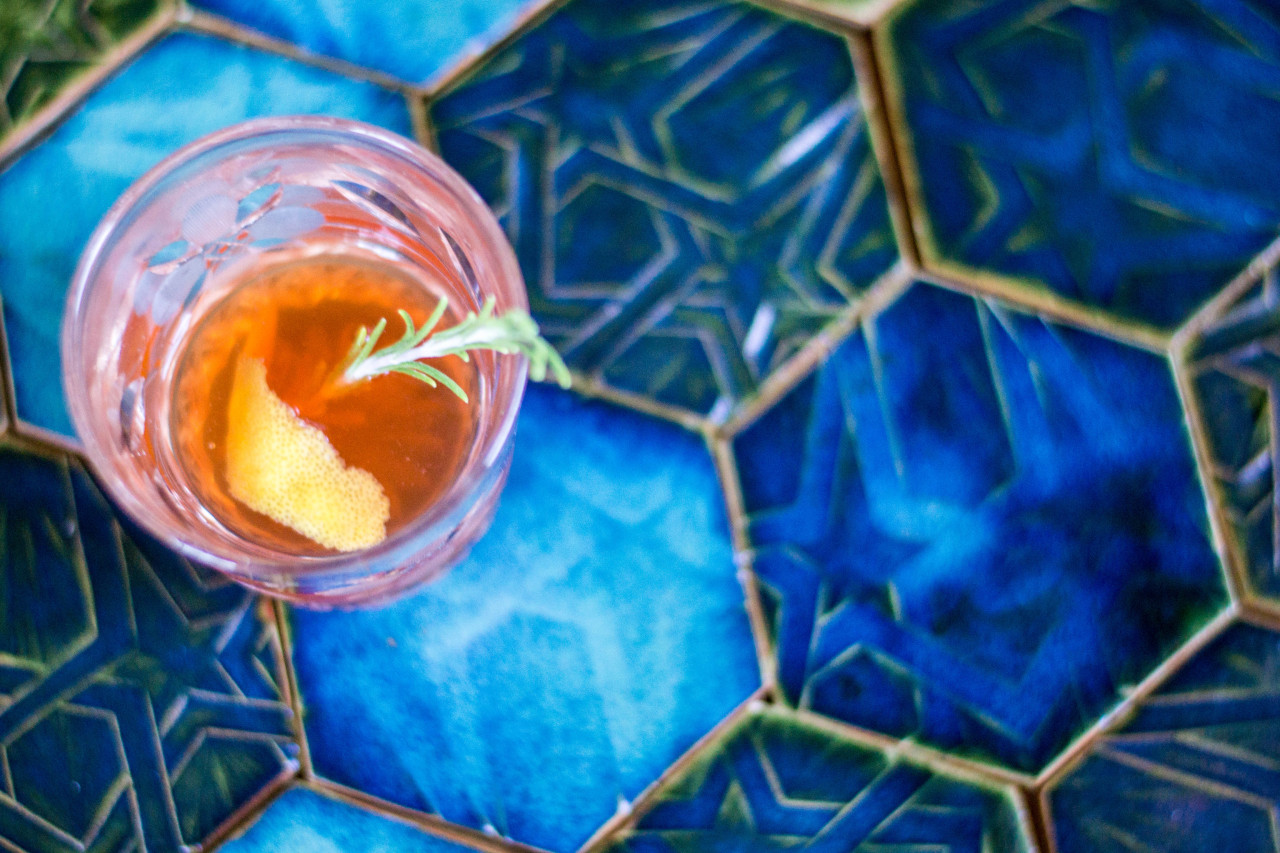 As inspired by the show Succession

(NOTE: I’ve updated this cocktail recipe since then by stirring the bourbon, brandy, and bitters with ice and straining into an old-fashioned glass.)

In a cocktail shaker or pitcher half-filled with ice, combine bourbon, brandy, both bitters and stir well; strain into the old-fashioned glass and finish off with a splash of cava and a generous twist of lemon, a sprig of rosemary, and serve immediately.

Set the immersion circulator into the container that will hold water (I use an 18-quart bin) that is filled with hot water and set the temperature to 150 degrees. While the bath comes to temperature, peel the oranges using a vegetable peeler; if any pith is noticeable, scrape it off using a paring knife. Combine the orange peel, bitter orange peel, cloves, and sugar into a freezer bag and place it into the water bath. If necessary, weigh down the bag using stainless steel balls (also called ball bearings). Let the bag sit in the bath for at least 2 hours before evacuating to an ice bath. When cool, strain the brandy into a bowl with a sieve, and then strain again when pouring the brandy into a bottle. Can be kept at room temperature for up to a year, but is best used within the first six months.